The corporation known by its initials (SA) is one corporation whose owners are under a participation in the share capital through securities or stocks. Shares may be registered or bearer. In current practice if you want to open a bank account in the name of society. Banks require that the shares are registered, bearer shares not allowed. The shareholders do not respond with their personal assets from the debts of the company, but only up to the amount of contributed capital.

The formation of a corporation must be made by public deed. Also requires registration in the Public Registry.

A corporation is a legal entity whose existence is distinguished from its owner. Participating holders of capital shares carrying through economic and political rights. The shares are differentiated according to the powers conferred or face value. 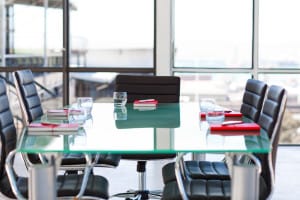 Features
Overall, corporations are called always mercantile, even when formed for conducting business civilian.
In most legislation, and in doctrine, it is recognized as the main characteristics of this type of society the following:

Designation
The name of the corporation is usually formed freely, but must necessarily be different from any other company often includes the phrase “SA”, an equivalent or its abbreviation. For certain economic or social objects areas may be required to include a special name, such as “Bank” if the corporation has that turn. In the case of companies whose activities can only be developed in accordance with the law by corporations, the use of the indication or stands is optional and so is better understood

Requirements needed for the opening of a society:
– Possible names that you want to place in society, at least 3 names to do some research at the Public Registry if they are available.
– The general purpose or purposes of the Company;
– The amount of the share capital and the number and par value of the shares into which it is divided.
– The address, full name, the board of the society. Will not be less than three, specifying their positions.
– The address of the company, phone, duration of the company.

More frequent questions:
a) Who may form a corporation?
Two or more seniors, regardless of their nationality.

c) What is a social pact?
It is the document that contains the Partnership Agreement. The pact should always appear in Deed, a notary Panamanian either the Social Pact is formed in private or public document, in Panama or abroad. You can be in any language, provided it is protocolice together with a Spanish translation by public translator authorized in the Republic of Panama.

d) shareholders have to be Panamanians?
No. Shareholders may be of any nationality, except in cases where the case of companies engaged retail trade in the Republic of Panama, where the law requires that such companies have issued registered shares for Panamanians.